Cecil the Diesel was built in January 1941 for the US Army by General Electric.  He was used by a contractor to build the Ellwood Ordnance Plant in Ohio during WW 2.  After the war, he was transferred to the US Army Transportation Corp.

Built in an era when steam locomotives were still being produced in large quantities, "Cecil" was used to make up trains in railroad yards and switch cars in and out of loading tracks.  He has only 300 horsepower and cannot pull very many cars. 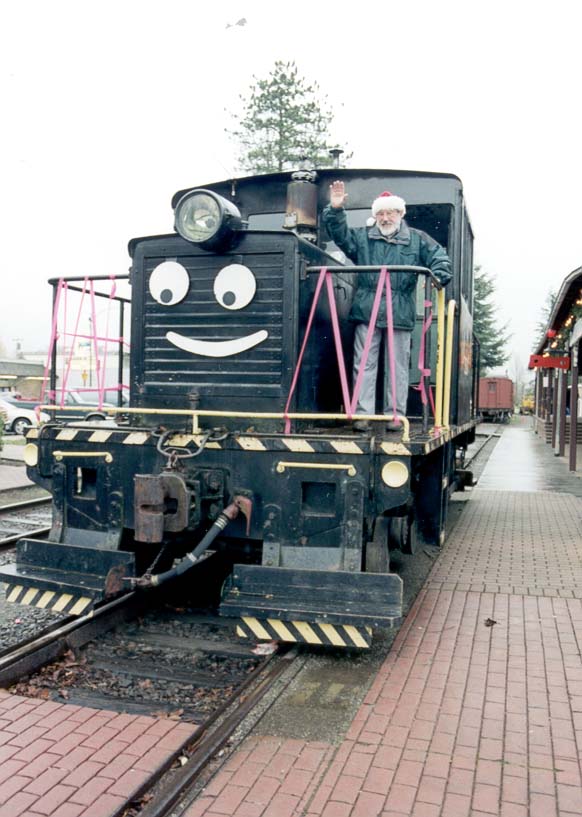 "Cecil" often wears a removable set of eyes and mouth. 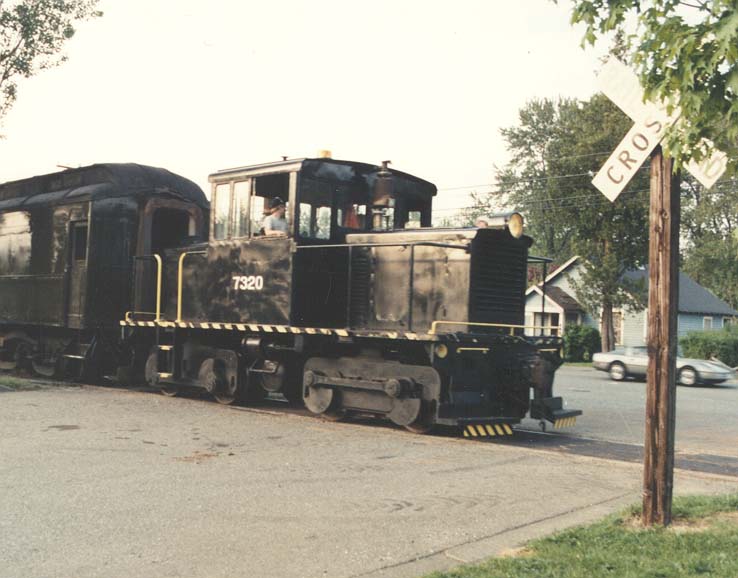 "Cecil" has just two powered axles and uses connecting rods much like a steam locomotive. The rods transfer driving force from a powered axle to an adjacent unpowered axle.

ALL TRAIN PASSENGERS AND CREW MUST WEAR MASKS

Why do we still require masks? Transportation Security Adminsitration ("TSA") regulations currently require all railways, airlines and buses to have persons masked through January 2022. Though social distancing regulations are loosening in much of the region, the Snoqualmie Valley Railroad falls under the jurisdiction of the Federal Railway Administration and TSA. We ask that all visitors over the age of 2 and require for those over the age of 5 to wear a mask that covers both nose and mouth while visiting. By order of King County, proof of vaccination will be required beginning October 25 for all visitors aged 12 and older. The vaccine requirement is a legal mandate imposed by King County. The Museum is required to enforce the law as a condition of remaining open to the public. The Museum has already lost $1.4 million from closures and capacity reductions, further closures would be absolutely disasterous to the Museum. For more information about our social distancing restrictions please visit our Social Distancing Updates page.